Introducing the Dynamic Team who are
Leading Nations College

Our faculty and staff make Nations College a truly special and unique place. Their tireless dedication and tireless efforts to advance the work of the Lord is key to ensuring the overall success of Nations College and the student body.

Daniel Kolenda is a well-known missionary evangelist, pastor, author, and teacher. He has led more than 22-million people to Christ face-to-face through massive open-air evangelistic campaigns in some of the most dangerous, difficult, and remote locations on earth.

As the successor to world-renowned Evangelist Reinhard Bonnke, Daniel is the President and CEO of Christ for All Nations. This ever-growing ministry has conducted some of the largest evangelistic events in history, and has published over 190 million books in 104 languages. CfaN has 14 offices in 12 countries on six continents. Evangelist Kolenda has hosted two internationally syndicated television programs (one daily and one weekly), and has authored eight books, including the bestsellers LIVE Before You Die and Slaying Dragons.

In addition to CfaN’s international ministry, Daniel is also the Founder and Lead Pastor of Nations Church, a thriving local congregation in Orlando, Florida. He is the founder of the CfaN Evangelism Bootcamp and Nations College, all located in Orlando. These institutions and others are part of an overarching mandate (received by Daniel from the Lord) to “multiply laborers for the sake of the harvest.” The emphasis on multiplication has already resulted in hundreds of ministers launched and ministries birthed, which have collectively documented millions of decisions for Christ in the last few years.

Daniel is a graduate of Southeastern University in Lakeland, Florida, and the Brownsville Revival School of Ministry in Pensacola. He and his family reside in the Orlando area. 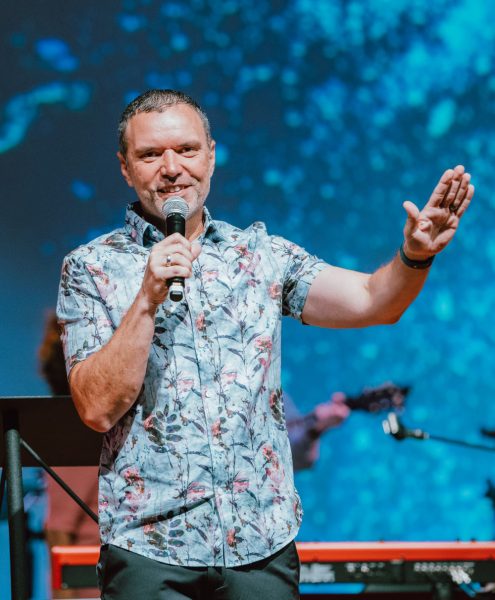 International Director, Christ for all Nations

As International Director of Christ for all Nations (the Evangelistic Ministry of Reinhard Bonnke and Daniel Kolenda), Russell Benson’s passion for world evangelism is only surpassed by his unequivocal thirst for Jesus Himself. Born in Long Island, New York and raised in Port Charlotte, Florida, Russell found himself in the midst of a revival from an early age.

After he graduated from the Brownsville Revival School of Ministry (in Pensacola, Florida), Russell then began pioneering churches. He quickly realized that the forging fire in his heart was to see the “equipping of the saints for the work of the ministry.”

In his current role with CfaN, he oversees the international operations for the ministry, and also ministers the Good News throughout the world. Russell also serves as the Executive Pastor of Nations Church in Orlando, Florida.

Married over twenty years, Russell and Brooke make their home in Orlando, with their three children, Micah, Nathaniel, and Lucas. 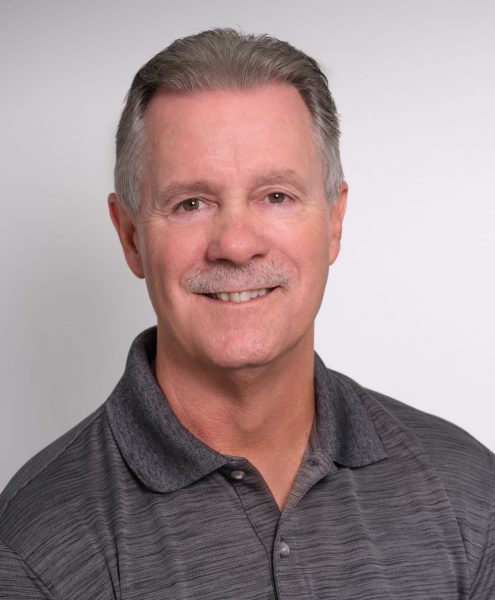 Phil Gauthier currently serves as the Director of Institutional Effectiveness at Christ for all Nations. He oversees the development and implementation of Nations College.

Prior to working at CfaN, Phil planted two churches and launched a Bible School in New York.

Phil and his wife, Caroline relocated from New York to Orlando in 2018. They have three grown children (all married) and two grandchildren.

The mission of Nations College is protected and guided through the men and women who serve as the Board of Directors. As leaders of the school, they help decide the direction that the Lord has called the school to go. The students and faculty look to the board as men and women of God, who have invested much time and prayer, and have been placed into their offices by God’s authority. Each one of the board members is highly valued and respected. Each has a unique relationship with the school, and it is through this relationship that they are able to bring wisdom and insight. They work in conjunction with Nations College's president and faculty in order to direct the students and staff after the heart of God. They are:

Assistant
We are using cookies to give you the best experience. You can find out more about which cookies we are using or switch them off in privacy settings.
AcceptPrivacy Settings